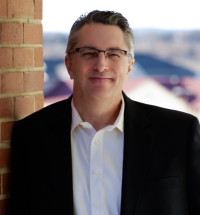 If you’re reading this then you’re asking yourself “Who is this guy?” Well it’s simple. I am a “professional” …………a professional RACE FAN!

Not a seasoned media member, (but I did co-host “The Motorsports Zone” radio show for 5 years)

Not even some rich guy playing around in racing

What I am is a lifelong, passionate, race fan.

From listening to the Indy 500 on the radio and then breathlessly waiting for the ABC delayed coverage later that night every Memorial Day weekend, to running around at drag and Trans-Am races in the early 1970s before I was a teen (yes I am old lol), to watching thousands of local dirt track, short track, oval, road and drag races, the fascination of men and women making mechanical machines go as fast as possible, risking injury and even death, has gripped my soul. If it has wheels and a motor and people are running against each other, I’m watching it.

Racing fans are as passionate and loyal as they come and I respect that.

So why am I blabbing on about all this? It’s simple really. I realized that when I hear and read coverage of racing in traditional media, I get bored….quickly. No offense to anyone in the business, but it never sounds like when I’m talking racing with my friends. So I decided to get on this internet thing and TALK RACING. Passionately, openly, and excitedly.

So from my home base in Austin, Texas I invite you to come on in and listen, watch, interact, chat, discuss and even argue (respectfully-I don’t put up with idiots and trolls).

I have one goal here; to promote racing of all kinds and have FUN doing it. Let’s roll!