“There are no guarantees in life son!” or are there?……. 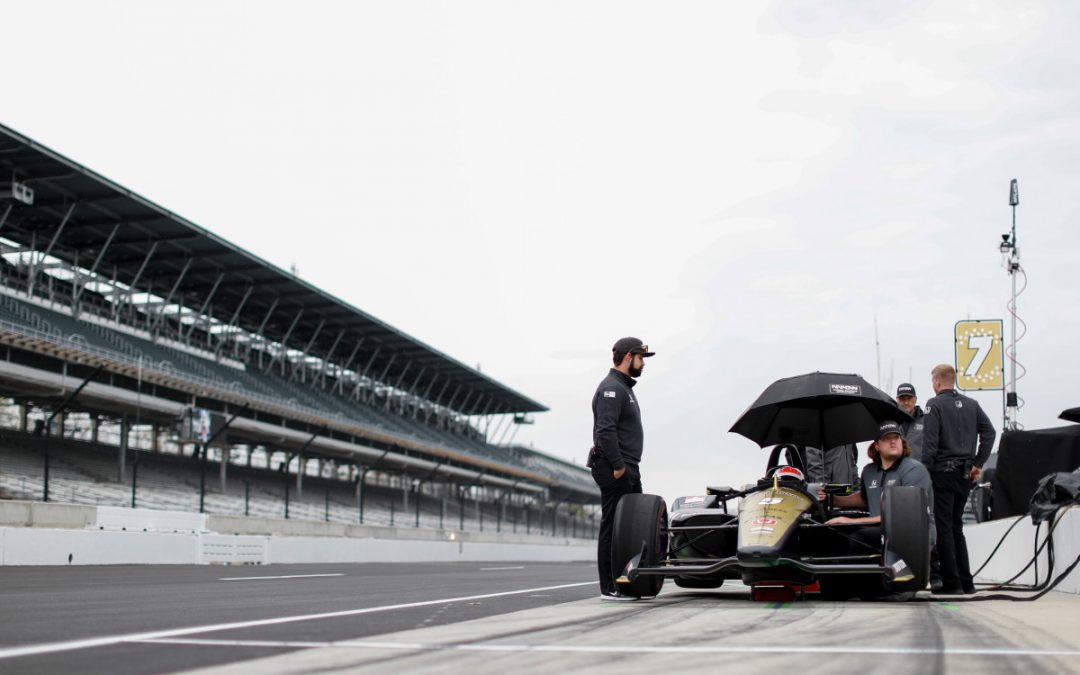 There has been a debate raging in the IndyCar racing universe, and especially on social media, for the last week or so. I have purposefully waited to hear both sides of the argument from drivers, owners, officials and fans, before commenting. But I can’t hold back any longer!

Let me set the table here first. You see, the Indianapolis 500, the world’s most famous auto race, has almost always determined its’ starting lineup by letting the fastest 33 cars run the race. Period. Any car/driver combo not able to make it into that fastest 33 went home. Period. (I say ALMOST always because there were a couple of years in recent history that this was not the case, and we will address that shortly). That system has been a tradition like Jim Nabors singing “Back Home Again in Indiana” or the release of the balloons at the start of the race. (Oh wait, those are going away too!) Some years as many as 60+ cars would try to make it into that elite field of 33. If you weren’t fast enough you were out. No matter WHO you were.  But because of a combination of economic factors and racing politics that tradition is suddenly a hot topic.

I’m not sure exactly how or when this issue sprouted into a full-blown debate, but in a matter of a few days it’s become the talk of the Indy racing world. Full-time car owners are lobbying for guaranteed starting spots at Indy for teams that are making the commitment to run the entire season of races. Fans are howling in protest that it’s not fair to throw out tradition and “grandfather” them in just because they have more money (in their opinions of course). IndyCar officials are desperately attempting to do what’s best for the sport as a whole and what will draw the most (or alienate the least) fans. And goofballs in the “media” like me are commenting with our infinite wisdom about the whole damn mess.

This topic has probably come to the forefront of the discussion because of the situation last year in which James Hinchcliffe and the SPM Arrow Electronics sponsored car missed the show due to a combination of bad timing, bad luck and bad strategy. In a sport scrambling to get and keep every fan it can, one of the most popular drivers, sponsored by a big company with a lot on the line, was out. Done. Watching the race like a fan. This does not sit well with owners or sponsors or IndyCar itself.

Perhaps the most remembered non-qualifying incident was in 1995 when Team Penske, the most powerful team in IndyCar, failed to qualify both of their cars. A team with 10 Indy 500 wins at that point (and who won three out of the last four), with two of the best drivers in Emerson Fittipaldi and Al Unser Jr., could not find the speed to make the race. To say this was a big deal is a huge understatement. At the time Roger Penske said, “We are not going to buy our way into this race. We had an opportunity to compete on a level playing field and we did not get the job done.” There was no talk of guaranteed spots or buying their way in. But times have certainly changed.

Then in 2011 Ryan Hunter-Reay wasn’t fast enough to get in. His sponsor DHL, a large corporation and newcomer to IndyCar racing, was not pleased. So, team owner Michael Andretti bought their way into an already qualified car owned by AJ Foyt, who took a big check to send his QUALIFIED driver and sponsor home. Fans were not happy. Certainly the driver in question, Bruno Junqueira, was not happy. He did his job. And was out. For money. Foyt professed to helping out a down and out team like “racing used to be” but does anyone really believe that? Of course not. It was for money. Tradition and fair play be damned.

And now in 2019 the most powerful team owners in the sport are all singing the same tune; that times have changed and now the full-timers rally should be guaranteed a spot in the biggest race of the year.

Now these owners do have a bit of a point. From a sponsors’ perspective the Indy 500 is the big enchilada. It is the crown jewel of any pitch from team sales and PR folks trying to wrestle millions of dollars from prospective sponsors budgets to slap their name on a rolling billboard. Indy gives a company as much or more exposure than the rest of the races in the season combined. If there’s a chance that billboard won’t be seen in the 500 sponsors can see that as a big negative. A package that guarantees a car will be in the Indy 500 is a much easier “sell.” IndyCar team owners are running a business. They have payroll to meet and bills to pay. Money is what gets these race cars on the track for the show in the first place. Roger Penske, Chip Ganassi and Michael Andretti, owners of the three biggest team in IndyCar, have all come out in favor of guaranteed starting spots for any cars that run the entire seasons’ schedule. Gee what a shock.

As for the fans, who have no skin ($$$) in the game, allowing a “rich” teams’ car into the race even though it’s slower than a part-time or Indy only entry that’s faster, is at best hard to swallow and at worst heresy, blasphemy, and many much nastier words that I won’t repeat. It’s also the “haves” yet again getting special treatment over the “have nots.” It’s the scrappy, popular, everyman race team being crapped on by the evil and wealthy elites. This does not sit well and is a bad story. And that’s not even addressing the issue of the tradition of anyone being able to show up and get in the Indy 500 if heir car is fast enough.

The powers that be at IndyCar have also chimed in….for now. Mark Miles and Jay Frye have stated that nothing will change this year for qualifying and there will not be any guaranteed spots. But they did not say anything about the future. They do have a bit of a problem on their hands now though. IndyCar is finally showing signs of growth. Lots of good things are happening in the sport and all signs point to more of the same in the future. But what if the owners start to exert some muscle and demand a change? The fans have spoken out loud and clear on social media as being vehemently opposed to any guaranteed spots being given. In a time when fans are hard to come by, alienating current ones could be a big mistake. We long time fans vividly remember what happened in the late 1980s into the 90s when IndyCar and the owners came to an impasse, split into two separate series and almost destroyed the sport, allowing NASCAR to take over the top spot in American motorsports. IndyCar is STILL recovering from that mess. No one wants that again.

So for now things will remain as they are, but you can bet that the discussion will heat up again in 2020. And if a big name driver gets bumped this year the topic will REALLY churn up.

My take is this; the Indy 500 is pure and one of the few places left where a one race team can show up, go fast, and get into the greatest race in the world. And it should stay that way. PERIOD. If you can’t make it in on speed go home, lick your wounds, and try again next year. No matter who you are. A good sponsor, like Arrow Electronics last year with Hinch, will double down and try harder to PERFORM their way in to the next race. They don’t need to cry and lobby IndyCar for help. The fans demand it and after all they are who are ultimately paying the bills aren’t they?

I’d love to hear your thoughts on this! Email me, hit me up on Twitter or Facebook and let’s discuss it!