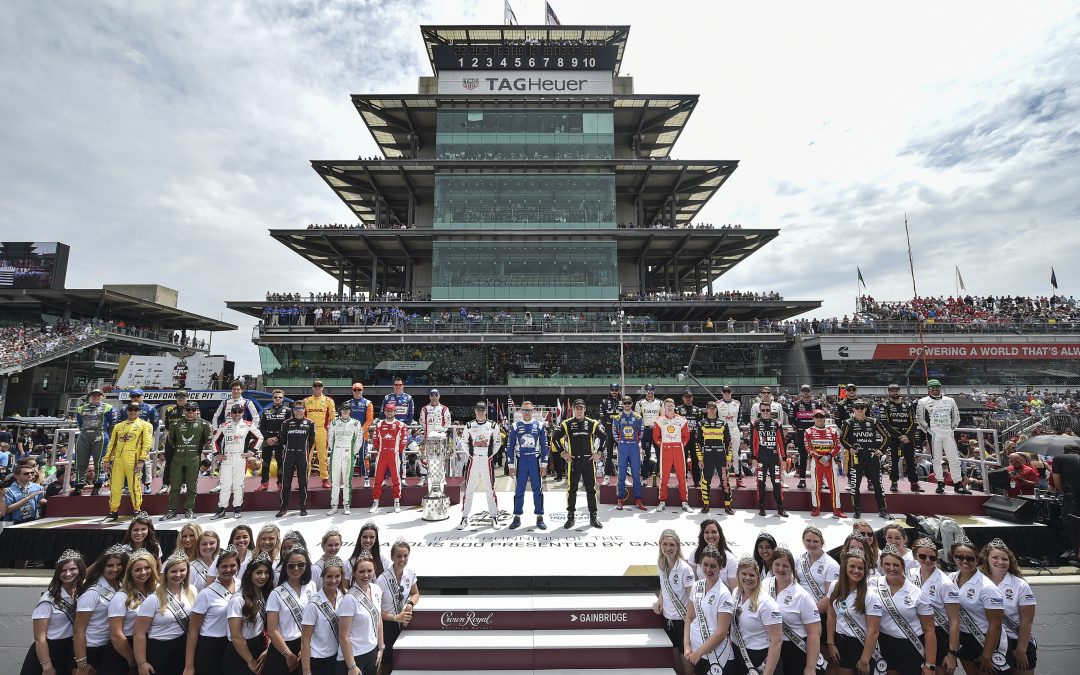 So, as I sit here on the night after a great Indy 500 race, I’m wondering what to write about. There were so many story lines, incidents, thrills and chills in the race that I just can’t decide on a topic right now.

But then it hit me.

Why isn’t IndyCar racing as or more popular with fans than NASCAR or F1??

As a lifelong IndyCar fan I am admittedly biased but, just on the facts alone, I can’t understand why fans don’t flock to IndyCar races. The racing is incredible!

The Indy 500 today had 29 lead changes among 10 drivers. There were over 400 on-track passes through the field the last I saw. There was a great shootout at the end between a Honda-powered and a Chevy-powered car in which they repeatedly passed each other in the last 10 laps! All of this at the most famous race in the world in front of 250 thousand fans! How is this not the most popular motorsport on the planet?

Formula One races are boring at best, and for the past few years have been completely dominated by two teams. Yes, just two. Races regularly end with ZERO passes for the lead. The pole sitter starts and just rides off into the finish line sunset. The two Mercedes-McLaren team drivers have finished first and second in EVERY race this season until today at Monaco …….when they finished first and third. There is literally NO competition in F1 right now and yet it remains immensely popular worldwide.

NASCAR racing is a bit better, with multiple teams and drivers winning regularly, but it is a bunch of “sedans” and not “real’ racing like open-wheel is. Don’t get me wrong I am a NASCAR fan, but WHY is it more popular than IndyCar racing in the US? IndyCar drivers are more accessible. The racing is better. The cars are faster. Is it just because there are more “country-style” race fans in America than the “wine and cheese” crowd that IndyCar attracts? (A bogus stereotype by the way).

IndyCar racing used to be much more popular than NASCAR back in the 70s and 80s. The split in IndyCar racing messed that up, and NASCAR became the big gorilla in terms of viewership, but hasn’t enough time passed that the new, unified IndyCar can grow into its own again?

I really am asking here, because I can’t figure it out. When I watch an IndyCar race it is so obvious to me how much more exciting it is than other series. I watched the 500 today with a first-time race watcher and she was blown away at how exciting it was ON TV! Imagine if she had been AT the race! What am I missing here?

Now I know that motorsports in general is much less popular and has less ratings and attendees than it did even 20 years ago, but why does IndyCar not have the lions’ share of those viewers, based on the on-track product? Is it lack of promotion by IndyCar? NBC promoted the Indy 500 like crazy this year across all its different broadcast properties, but this was their first year having the rights to broadcast it. Is it just a matter of time before we see growth in the series?

So many questions. And yes, as you read my musings, I agree that I have few answers. It just boggles my mind. But I do have some suggestions of what we the fans can do.

We could start kidnapping non-fans (like aliens do) and take them to races. We all know that once you get someone to see a race in person they more often than not become life-long fans. Scratch that we can’t afford that much bail money.

Or we can go on social media and whine and bitch and complain about everything “wrong” with IndyCar racing; too many commercials on NBC (how do you trolls think they PAY for all the great coverage), perceived bad calls against certain drivers or teams, or anything else that bites your lazy asses. If you haven’t figured me out yet yes, I am being sarcastic and, in my opinion, all you internet whiners should just shut the hell up!

Instead of crying and screaming about the one thing that has you all butt-hurt, why not go tell all your friends about the GOOD parts of the race today? The excitement, the close racing, the hair-raising passes, the wheel-to-wheel action. All that stuff you DO NOT see in F1 or NASCAR. Be POSITIVE about the sport you supposedly love and PROMOTE it. Go to a race and take virgin fans with you! Let’s tell people why we love IndyCar racing. Stop running it down every chance you get for AJ’s sake! WE THE FANS can help grow this sport. If you feel you have to complain than just go watch soccer and whine about that.

Personally, I love the internet and social media. They have opened up a whole new world of information and entertainment. But they have also become a platform for everyone, including negative whining a$#h%!les, to express their opinions.

If you truly love IndyCar racing then why not highlight the good stuff and get new fans turned on to the joy of watching (wo)man, machine and team compete to be the fastest and best at what they do. There is PLENTY of negative energy in our world today. Why not direct AWAY from our beloved sport and not attract it?

There, I got up on my soapbox and said my piece. I love IndyCar racing and want it to grow and prosper. Together we can make this happen.

I’d love to hear your thoughts. Comment below, or better yet email me directly at ric@racefanheaven.com, or hit me up on Twitter @RaceFanHeaven.